Intune is a great tool for small companies that can't afford SCCM 2012 or for companies that don't need special features that are only available in SCCM 2012 and that make the choice of the cloud.

You certainly heard of Windows 8.
Probably that you even installed that OS on a PC to test it.

Surprised by lack of Start Menu ? Did you ever tested that OS on a touch device ?


To start, I recommend you to watch a global presentation of some features in Windows 8 Entreprise :
http://channel9.msdn.com/Series/Reimagining-Windows-An-In-Depth-Look-at-Windows-8-for-the-Enterprise/Episode-2-Windows-8-Designed-for-Businesses
If you've got time, you can watch the rest of the series (unless perhaps the first episode)/

Your probably noticed some changes between SCCM 2007 and SCCM 2012 on the computer accounts behaviors in collections mainly during computers re-installation or accounts deletions.


In this article, I'll give you some results from my own experience.

Before starting, I would like to tell you about how SCCM 2007 and SCCM 2012 handle computer accounts in a Collection. You probably know the "GUID" or the "SMS Unique Identifier" called "Configuration Manager Unique Identifier" in SCCM 2012. This ID is used to identify the client, however, for internal management, SCCM uses another field called "Resource ID".

Properties for a SCCM 2007 client 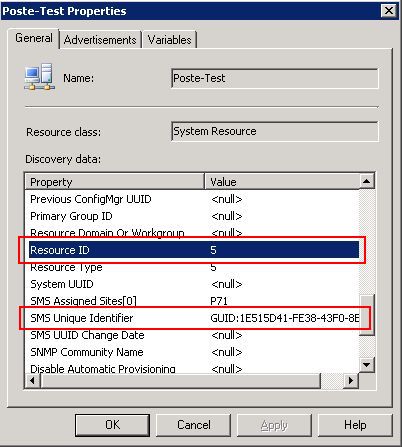 Let's look at the Collection_Rules table, to understand how rules are stored in SCCM. In this case, I created a direct rule : 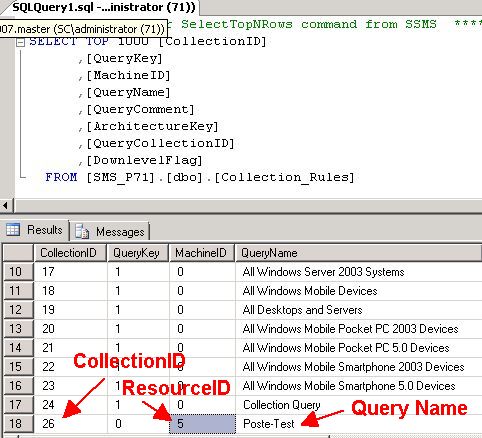 However "Resource ID" can be changed even if the client GUID is the same.


Computer Refresh
In this scenario, Windows XP, 7 or 8 is working on the client computer and OSD task sequence is launched. Data and configuration are saved during first steps.

With SCCM 2007, Resource ID is the same before and after the task sequence. Computer account remains in the same collections and advertisements are applied again.

With SCCM 2012, Resource ID is regenerated. If you created direct rules, collection attachments are lost !

...look what happens with the other scenarios.

In SCCM 2007 in native mode and in SCCM 2012, Resource ID is the same before and after the task sequence. Computer account remains in the same collections and advertisements are applied again.

In SCCM 2007 in mixed mode, a new computer account is created with a new Resource ID. The previous computer is marked as obsolete. In the console, depending on you settings, you can merge manually the two accounts to attach the new account to the last account collections.

Both in SCCM 2007 and SCCM 2012, the new computer account is recreated with a new Resource ID. 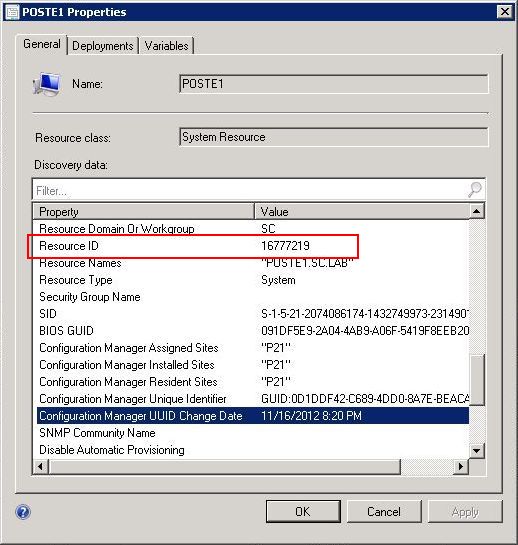 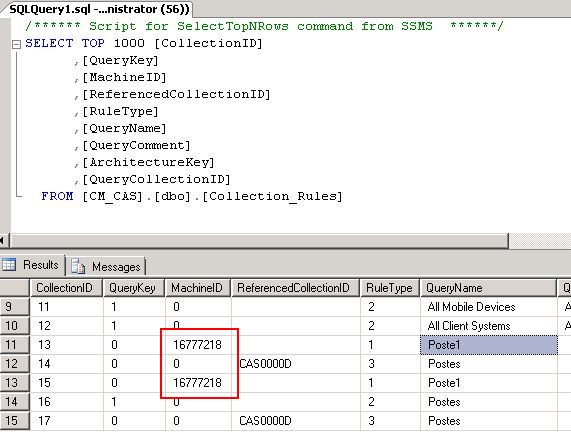 There is no obsolete account functions... To solve that situation, you need to :
- Remove your old direct rules
- Click on Apply. Otherwise, your new direct rule will still point to the previous Resource ID...
- Recreate your direct rules

We hope that this mistake will be solve in the SP1 : http://social.technet.microsoft.com/Forums/en-US/configmanagergeneral/thread/da513e8e-22fa-4a26-86b0-cd773ac17ddd


That's certainly a good reason to test "User Affinity" and to start to deploy applications on users :-)

Take a really common OSD Task sequence (for example the default Deployment task sequence) where you need to restart on WinPE.
You deploy normally boot image on PXE point (shares like \\MyServer\SMSPXEIMAGES$) and everything works fine : You press F12, the computer starts with PXE, loads the boot image...
and you get the following error message !?! : 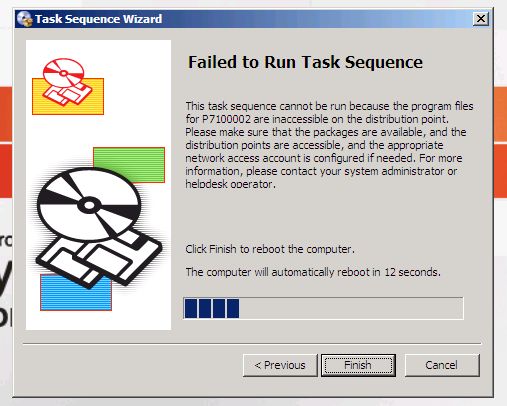 Wrong and Really Wrong ! And I'll prove i:

Let's look at the smsts.log file when the client tries to check if all packages used in the Task Sequence are available. We can perfectly note that the client tries to access the boot image on the SMSPXEIMAGES$ share but something seems wrong because it tries to do that several times. 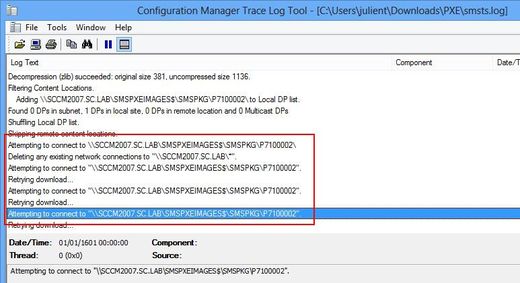 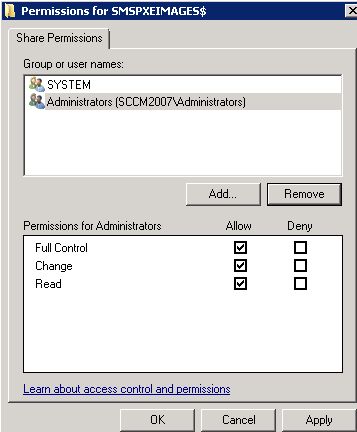 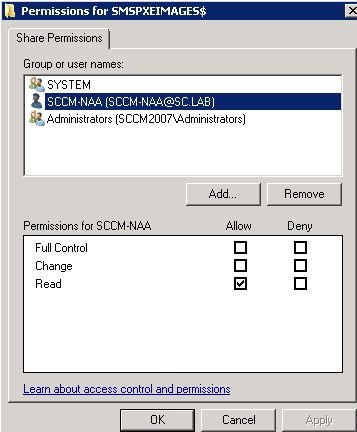 For more :
You are probably not totally satisfied of my explanation. Indeed, how a client can start on a boot image and can't access the same image few seconds later ?!


Moreover :
In certain circumstances, you can get that error randomly with a Task sequence !
Imagine a task sequence where no step consists on restarting on WinPE excepted for the initial boot with PXE (for example, the defaut "Build and Capture" task sequence).

But what happens if you choose a task sequence that requires another boot image than the one loaded ?
The client downloads the right boot image, configures the hard disk boot parameters to start on that boot image, requests the user to eject the CD and restarts the computer. Task sequence starts as soon as the boot image is loaded on the computer.


If the client can't download the boot image, task sequence fails !
That will happen if the boot image is deployed only on the SMSPXEIMAGES$ shares and if you don't modify right access as recommended.

Both computers are started and on the SCCM OSD client wizard, you select the task sequence TS1.
No problem for CompB because "Boot1" is already loaded. Task sequence TS1 starts.
For CompA, client must download "Boot1". However that operation will not be made through PXE service but through the windows shares. If client can't download boot image, task sequence fails.